On: The Future of the Novel – Kirsty Gunn looks back at a year of the EWWC 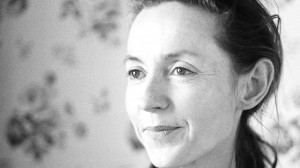 When I spoke at the end of the last session of the Conference in Edinburgh last year, by way of a sort of summary, I quoted those wonderful lines of Stephen Spender, that were published in Angela Bartie Eleanor Bell’s 2012 book about the original writer’s conference in 1962.

“I am not saying this maliciously at all” Spender said, refuting ideas that had been put about by Alexander Trocchi and others that the novel was finished with, “but everything that has been said was said in1905. It led to a completely dead end.” He went on to make a call for belief in the future of the novel, for its health and wellbeing. “The history of modern literature since 1914-1920 or so is the attempt to recover from this point of view” he finished with, fragmentation would glue itself up together and become the new.

This year, in Melbourne, addressing the same subject, but in a lecture this time, I talked about the idea of finding, in the novel, new ways to read, of attending to new approaches in fiction, being responsive and welcoming to new ideas of form. Without new forms, I said, no matter how forward looking its content, the genre will always cast itself back into the past.

I thought about both those conferences, opening and closing an extraordinary year of international literary debate, when I read this by Nabokov recently: When people ask me about me if I’m interested in the future of the novel, he said, I tell them that I am interested in the future of MY novel. When I read that – twice –  I laughed out loud! How I wish I had had that line playing around in my mind for the past twelve months, while the world Writers Conference conversation has been playing around the world…

Because really, of course, what all we writers have been doing throughout this most interesting initiative that has got us talking with each other and agreeing and disagreeing… Is describing, not ‘the novel “– but OUR novels. There’s nothing abstract whatsoever about the concept. Whether the novel is this kind of book or that, these kinds of words or those kinds of words…Fiction to a fiction writer is nothing like an idea, a theory, an extension of the imagination. It’s a made up thing that is real. It’s the stuff of our lives.

That’s why the debates became so heated sometimes. It was like a group of farmers arguing how they are going to divide up a field. Graze. Grain. All of us had different opinions. I say racehorses. I say potatoes. We had been differently educated, differently formed, with different skill sets, philosophies. For every field of wild flowers there was one of cash cows. Vineyards. Chickens. None of us were going to walk away.

The argument I presented in my lecture in Melbourne was very clear about what I wanted – and some thought it was interesting and some thought it was arcane and snobbish and out of touch. One writer, in Edinburgh, the year before, had told me that I may as well go and sit on the top of a mountain – that was how out of touch my thinking about the novel was, when I put the case for it being a form of art.

But that’s because that writer who makes money from his books, and has entered into a contract to make money from the books, has a market to attend to, and I don’t have anyone to attend to apart from myself. So yes, I may as well be on my own, I suppose, on some remote hill. But that’s ok, too. It’s all of it just a matter of perspective – and no one’s saying that I wouldn’t like people to buy my books any more than I would say that this writer or that doesn’t care about the quality of his writing or doesn’t want to write something that’s absolutely perfect and beautifully done.

We all care about what we do. We just care about different things. The truly wonderful thing about this year of debate and thinking about the novel has been reminding ourselves that we care so much, that we’re fully invested in our work of putting down words before us – whether or not the financial and cultural reward is there. It has been a mirror – this conference…And there we are, we writers, stuck at our desks on our own for most of the time, “typing” as Will Self puts it….Suddenly there we all are reflected in it.

It’s been a lot of fun seeing each other look back at ourselves, shouting and laughing and being cross and being delighted. None of this, this worldwide event, has been notional; we’ve not been talking about what’s made up, posited, invented.  The mirror has reminded us of that. That what we do, this living for most of the time in our imaginations…Is real.