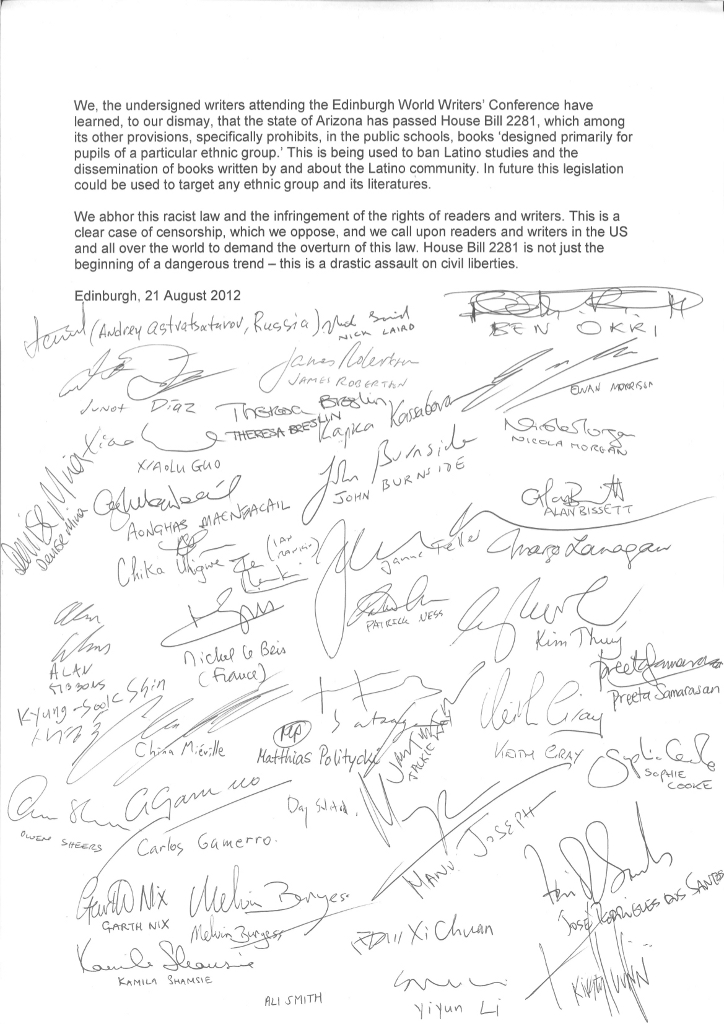 We, the undersigned writers attending the Edinburgh World Writers’ Conference have learned, to our dismay, that the state of Arizona has passed House Bill 2281, which among its other provisions, specifically prohibits, in the public schools, books ‘designed primarily for pupils of a particular ethnic group’. This is being used to ban Latino studies and the dissemination of books written by and about the Latino community. In future this legislation could be used to target any ethnic group and its literatures.

We abhor this racist law and the infringement of the rights of readers and writers. This is a clear case of censorship, which we oppose, and we call upon readers and writers in the US and all over the world to demand the overturn of this law. House Bill 2281 is not just the beginning of a dangerous trend – this is a drastic assault on civil liberties.

Please join in the discussion below. You can sign in using your existing Twitter, Facebook, Google or Disqus accounts by clicking on the icons. Alternatively, submit a name and email address to set up an ad-hoc account for your comments..