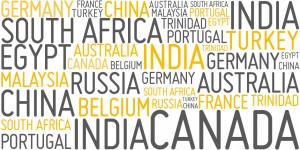 The Edinburgh World Writers’ Conference is a seminal series of events aiming to capture a global snapshot of what matters most to writers and readers of literature around the world. Beginning in Edinburgh, Scotland, by its close in August 2013 the Conference will have convened around 40 Conference discussions and [...] 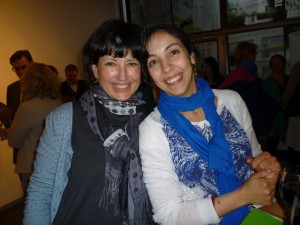 Overview from the ‘National Literature’ debate in Brussels When we first heard that the chosen theme for the Brussels leg of the Edinburgh World Writers’ Conference was A National Literature?, I have to admit we were slightly nervous about the whole thing. We’d proposed to invite authors from Belgium, Scotland, [...]

“Opening windows in walls we didn’t even realise were standing before us” – Impressions from the EWWC: Izmir, by rapporteur Esen Demirkent 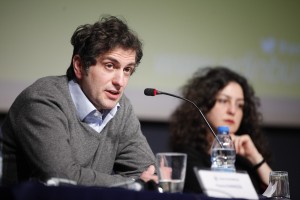 Writers Opened up New Windows in İzmir The İzmir leg of Edinburgh World Writers’ Conference held at Yaşar University was quite an inspirational event for the participants: writers from UK, İstanbul and İzmir, academicians, translators, students, professional readers ( as one member of the audience named herself), international guests. And [...]

“A living nation of writers, readers and kindred spirits” – Kapka Kassabova on the EWWC

Kapka Kassabova was raised in Communist Bulgaria, university-educated in New Zealand, and now resides in Scotland. She is the author of two novels, four poetry collections and two celebrated travel memoirs, including ‘Street Without a Name: Childhood and other Misadventures in Bulgaria’, which Jan Morris described as “at once evocative, [...] 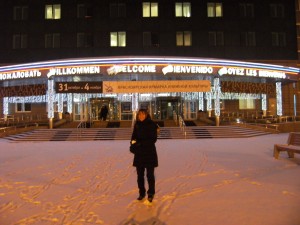 Helmeted, gloved, mitted and down-jacketed I set off for Siberia to a unique encounter with Russian culture. It was one of the most fascinating experiences of my life. Meeting young people, authors, readers, librarians, teachers and everyone connected with the Krasnoyarsk Festival of Culture made for a stimulating (and exhausting!) [...]

Denise Mina on travelling to Turkey for EWWC 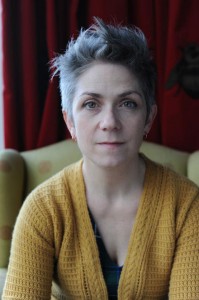 Glaswegian Denise Mina is the author of 14 visceral, disturbing yet humane and witty crime novels. She also writes comics, short stories, and presents on TV and radio. In 2012 her novel The End of the Wasp Season won the Theakston’s Old Peculier Crime Novel of the Year Award. She’ll [...]

Selma Dabbagh: On Participating in the Jaipur Literature Festival 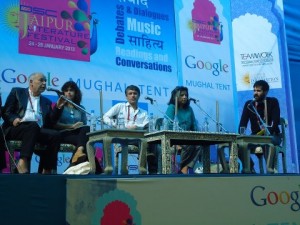 Selma Dabbagh took part in the EWWC panel on Maps of Love and Hate: Nationalism and Arab Literature, at the Jaipur Literature Festival last week. There are few events on the literary calendar that compare with the scale or the desirability of the Jaipur Literary Festival (JLF), which in previous [...] 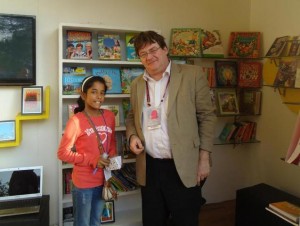 John Burnside is one of Scotland’s finest and also most prodigious writers, with an oeuvre that straddles the genres of poetry, novel and short stories. His most recent work is Something Like Happy, a collection of short stories. Last week he participated in the Edinburgh World Writers’ Conference: Jaipur, and [...]

The Edinburgh World Writers’ Conference returned to the DSC Jaipur Literature Festival today, as panellists from across the Arab world discussed the idea of nationalism in Arabic literature. In a session titled ‘Maps of Love and Hate: Nationalism and Arab Literature’, Tahar Ben Jelloun, Selma Dabbagh and Reza Aslan joined Jonathan [...]

Frances Sutton on the Censorship debate at EWWC Jaipur

26 January 2013 at Jaipur Literature Festival: Freedom of Speech and Expression Panel:  Shoma Chaudhury, John Burnside, Orlando Figes and Basharat Peer, Chair: John Kampfner The new venue at the Jaipur Literary Festival, the Char Bagh, was packed this morning for the first of two EWWC events at the Festival.  A lively discussion [...]

Aonghas MacNeacail: I am not an adjective. The poet on cultural identity and travelling to Cairo for EWWC

Skyeman Aonghas MacNeacail is an award-winning poet in Gaelic, English and Scots, songwriter in folk and classical idioms, journalist, broadcaster, translator and occasional actor. Laoidh an Donais Oig (Hymn to a Young Demon) appeared in 2007, and his New and Selected Gaelic poems, Deanamh Gàire ris a Chloc (Laughing at the Clock) is newly [...]

Liam Card: Thoughts on the rise of self-publishing

Recently, at the International Festival of Authors, Toronto, I was asked to participate in a round table discussion as part of the Edinburgh World Writers’ Conference alongside A.L. Kennedy, Beatrice MacNeil, Kristel Thornell and Irvine Welsh. Late in the game, a question was posed by an audience member with regard [...]

Susie Nicklin: The possible Futures of the Novel in a globalised, digital world are worth celebrating

It’s been stimulating and thought-provoking reading the EWWC keynote speeches on the future of the novel and the concept of a national literature. Usually, of course, format and national characteristics coincide. In many ways the novel is, like the map, a colonial, bourgeois construct. It is no coincidence that its [...]

We’d had a warm-up event for our Siberian adventure the night before we left for Krasnoyarsk. In an atmospheric Moscow night-spot, Solyanka, we’d taken on the subject of ‘A Hero of Our Time’ with Melvin Burgess, Theresa Breslin and the Russian author Dmitry Glukhovsky. We used Lermontov’s novel as the [...]

“In your teen years, you can hear or see almost anything, so long as you poach, steal or eavesdrop it, but very little that is real is addressed directly to you. I want to address people directly.” – Melvin Burgess. Melvin Burgess is a trailblazing author of many celebrated books [...]

A Conversation with China Miéville

China Miéville will be revisiting the Conference theme of The Future of the Novel in Toronto at the International Festival of Authors on 25th October.  We had a quick chat ahead of his trip in which he revealed, among other things, his sanguinity towards pirate editions, in which city he [...]

When I was growing up in Bombay in the early nineteen eighties there were three elements that, virtually by law, had to be included in a middle-class child’s birthday party. Cake, obviously; pass the parcel (which your parents would rig so that you didn’t win); and the ‘return present’, [...]

Before the Open Book festival began I was lucky enough to be invited into Cape Town Academy of Maths and Technology on behalf of the British Council. I spoke to a group of 15 and 16 year-old pupils about reading and books and even persuaded them to do some of [...]